The cover of the book 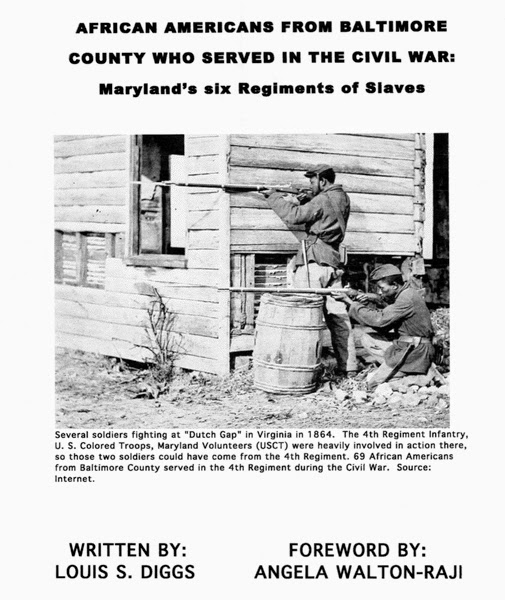 This 10th book on the history of African American history in Baltimore County has upgraded significantly this history by the research of slaves and former slaves who proved their loyalty to the country that held them in bondage for generations, yet proved through their volunteering in the Union Army and made a significant difference in the Union's victory during the country's Civil War.

The right side of this blog reveals much history on these individuals as well as the USCT Regiments they served in.

The cost of the book is $35 including the 6% MD State tax; however, the book will be mailed to you postage free.

Please contact Louis Diggs for any additional information about the book, or for purchases at louisdiggs2@verizon.net. 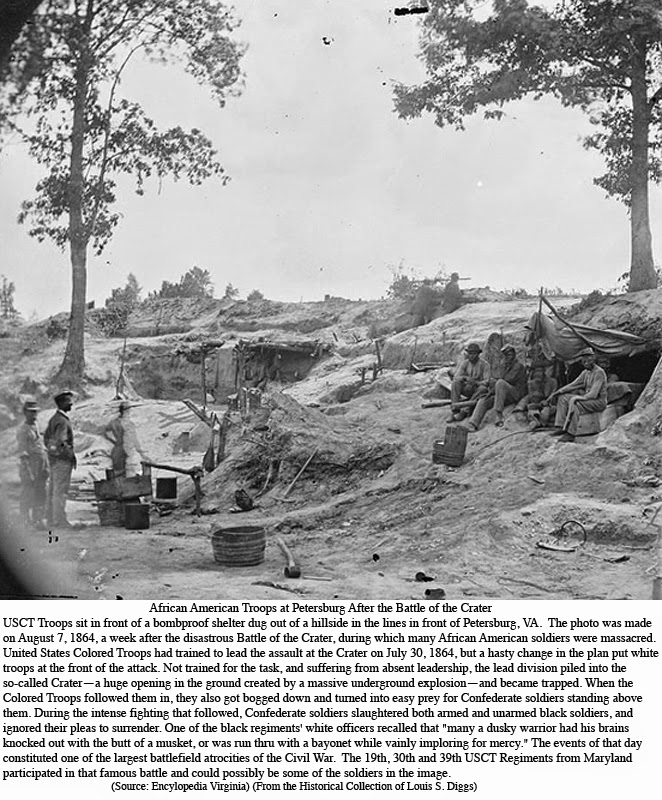 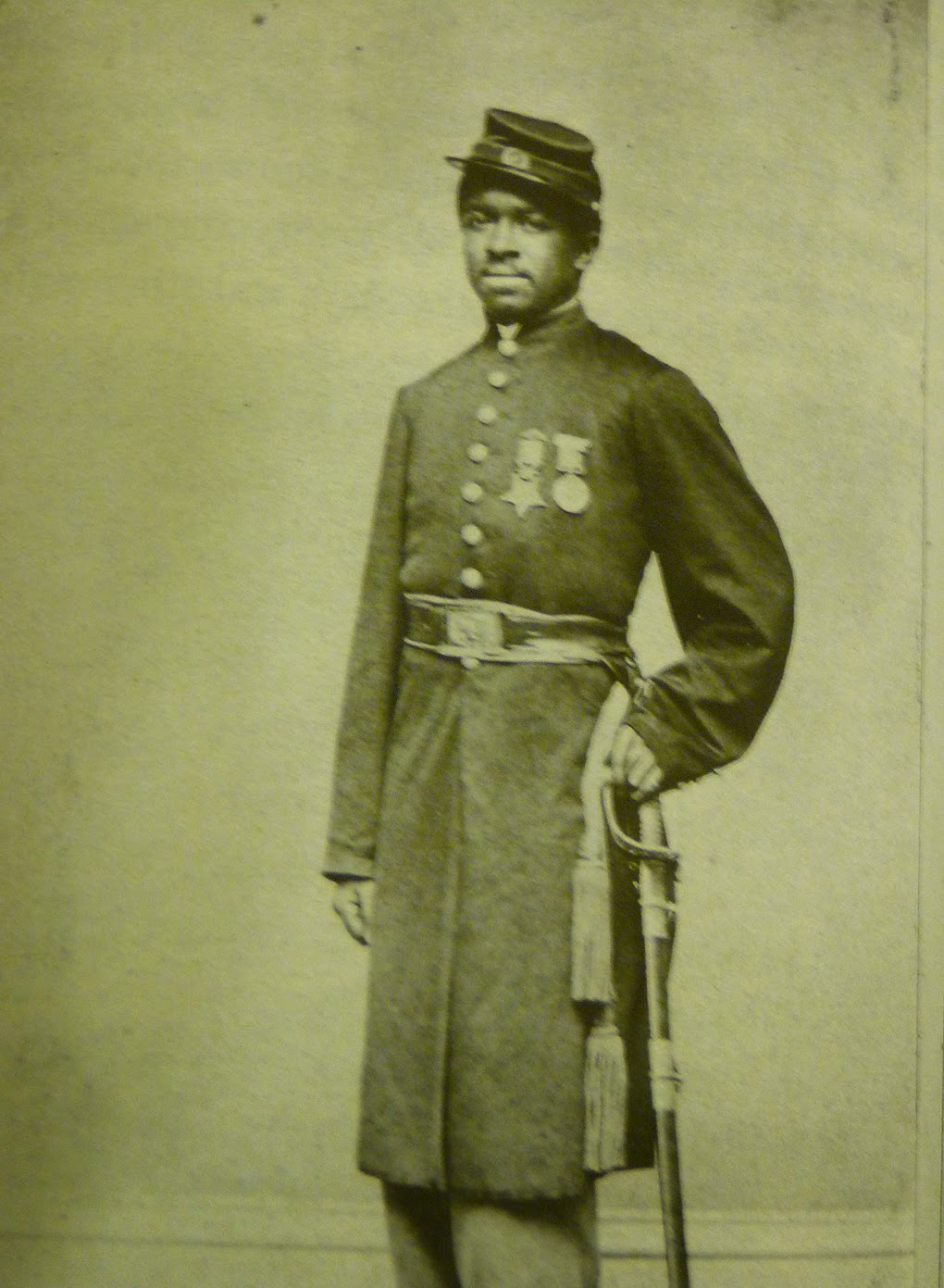 Sergeant Major Christian Abraham Fleetwood was born a free man in 1840, probably in Baltimore, Maryland. He served as the Chief Agent for a prosperous sugar refinery in Liberia.  Upon his return to American he graduated (valedictorian in 1860) from the Ashman Institute in Pennsylvania.  He enlisted in the 4th USCT Regiment in 1863 and within two weeks became the Regimental Sergeant Major. He was awarded the Medal of Honor, and was discharged in 1866.  He died on September 28, 1914.  A daughter survived him.  His wife was Sara Christian.
Info and photo courtesy of Ronald S. Coddington, from his book “African American Faces of The Civil War: An Album.” 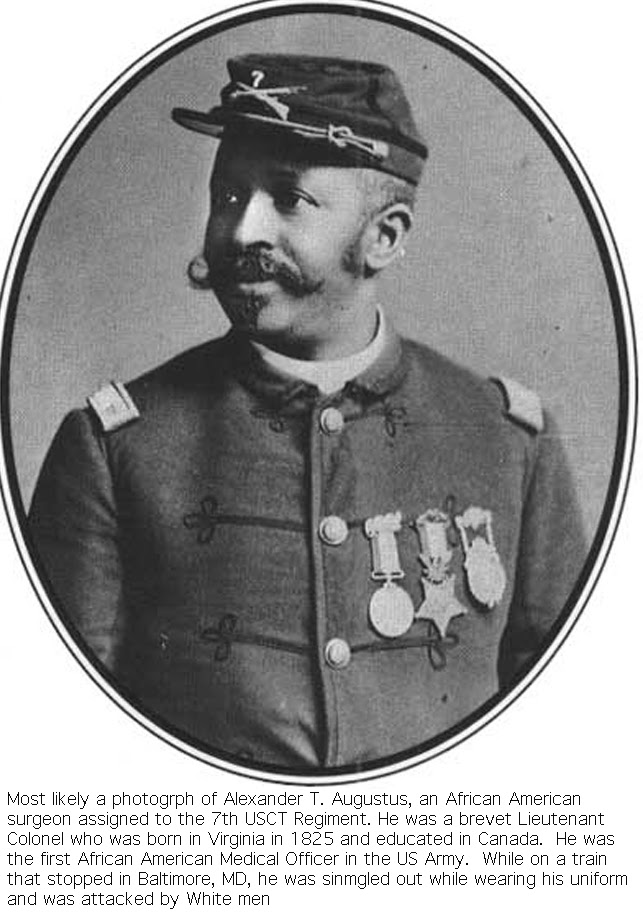 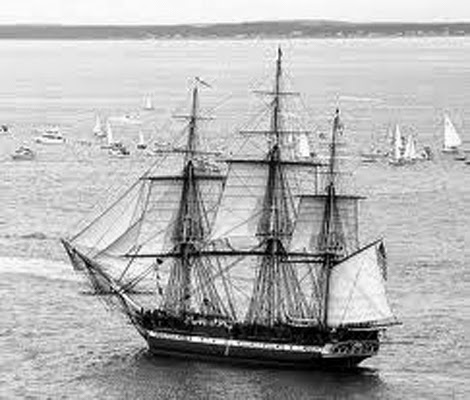 "The Constitution," one of the ships that African Americans served on during
the Civil War.

Copy of information on an African American Soldier from Baltimore County (Ellicott Mills) who was captured during the Battle of Chapin Farm.

Posted by Unknown at 4:57 PM No comments:

To view a video on my thoughts of African Americans from Baltimore County, please click on this URL:  http://www.baltimorecountymd.gov/videogallery then click on "Black History Month."
Posted by Unknown at 11:34 AM No comments:

Have you ever wondered why slaves would fight for their country when they were kept in bondage all of their lives? I certainly have, and since this is the 82nd year I have been in this world, my curiousity has never been stronger.
I live in Baltimore County, Maryland, but was born in Baltimore City; since full retirement from the work world, I have taken up researching and publishing books on African American life in Baltimore County. After nine books, I'm now begining to find the answer to my longtime curiosity, and am in the process of researching and, hopefully, publishing my tenth book on Baltimore County's Civil War Regiments of Slaves, and guess what?:  I have already discovered several of my own ancestors from this county who served in the Civil War.
One of the reasons I have put this blog together is to see if there is anyone out there who may be doing research on their family and have discovered where their ancestors who might have served in the Union Army during the Civil War, and who would consider sharing their information with me.  I would be more than happy to share my findings with you.  To give you some ideas as to the types of information I have been able to secure for my books, please check on the icons on the right of these comments.
In 1863, Maryland had six regiments of United States Colored Troops (USCT) organized: the 4th, 7th, 9th, 19th, 30th and 39th USCT Regiments.  Thus far, I have already discovered almost 400 slaves and formal slaves from Balimore County who joined these regiments.
Remember that Baltimore County was much larger back in history.  Parts of Harford, Cecil, Howard, Carroll, Frederick were cut out of Baltimore County. 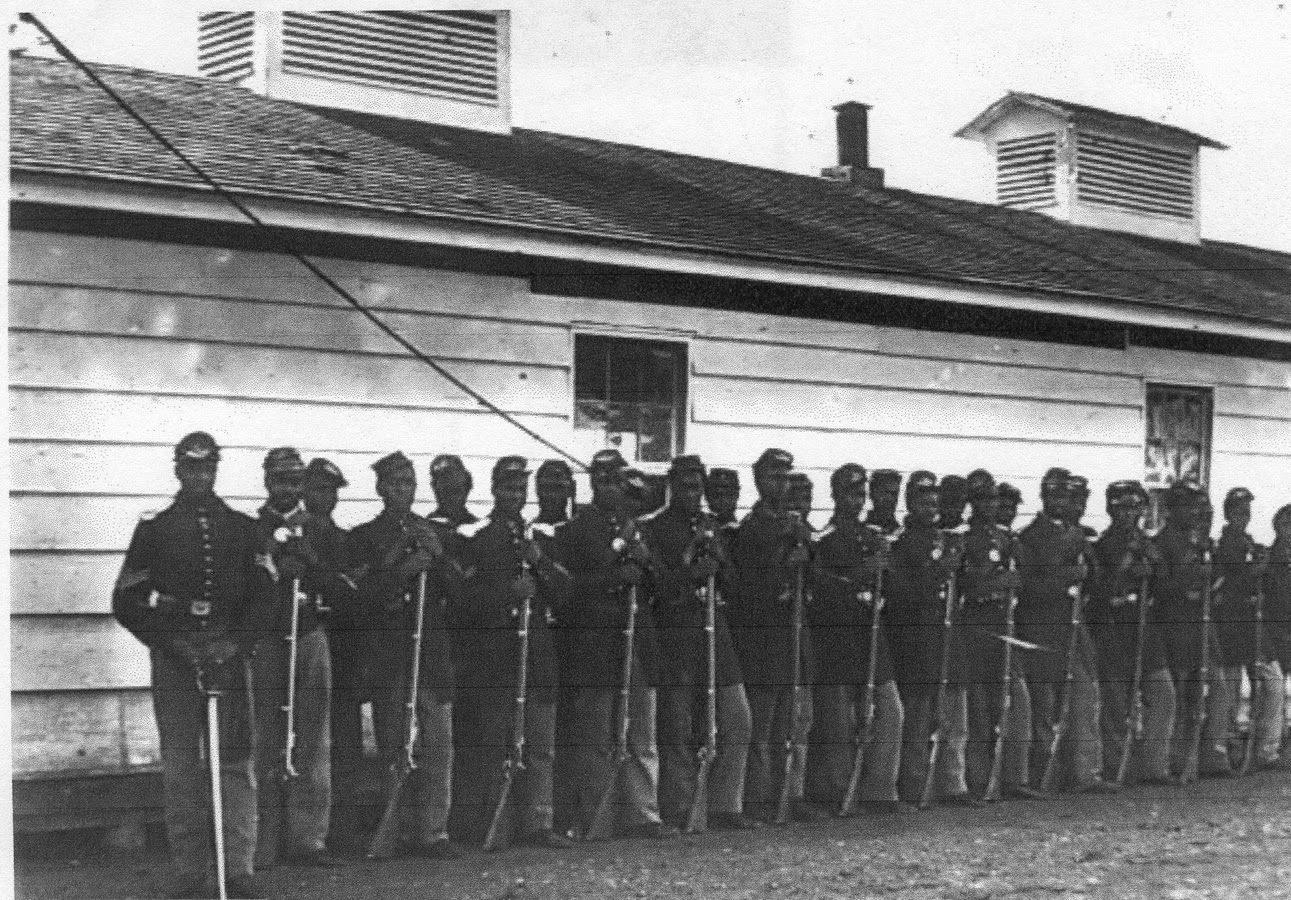 Posted by Unknown at 1:11 PM No comments:

Over 600 Civil War African American veterans are laid to rest in the Louden National Park Cemetery. Their names and headstone locations are listed in my book, including 15 who came from Baltimore County.

Unable to determine the County where these African Americans came from, so all 650+- are listed in my book.

6 African Americans from Baltimore County were captured in battle and retained in Prisoner of War Camps, mostly in Richmond, VA.

29 African Americans from Baltimore County went to other states to enlist in the Civil War. Their names and Regiments are noted in my book.

Information on 140+- pension records and indexes of African American military men and widows are noted in my book.

Other Information in my book